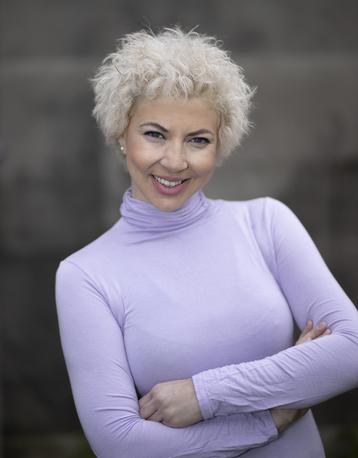 Bianca Ilich is one of the most well-known and versatile actresses in Bulgaria. After graduating from the National Academy for Theater and Film Arts, she began her professional career in Theater and Television. Among her notable theatrical credits: Shakespeare’s A Winter’s Tale, Look Back in Anger – John Osborne, The Seagull– Anton Chekhov, Dinner for Schmucks - Francis Weber , and Miss Julie- August Strindberg . She is also well-known to the Bulgarian audience from her popular character Super Bianka on the national television prime-time program - “Ivan & Andrey`s Show”. Before coming to the US, she was the TV host of “The Bachelor.”
Shortly after her arrival in New York, she became a student at the Two Year Conservatory Program at the prestigious Lee Strasberg Theater and Film Institute. She has since gone on to direct the musical Don Juan Around the World in 2013 produced by Nantucket Ballroom at The Dreamland Theater on Nantucket Island. Her production was such a success that she was invited back to direct the 2014 Dreamland production “Mystery on the Orient Express.” In 2015 she directed  Nantucket ballroom most ambitious project “The Picture of Dorian Gray” in which the veteran actor John Shea plays the lead role.